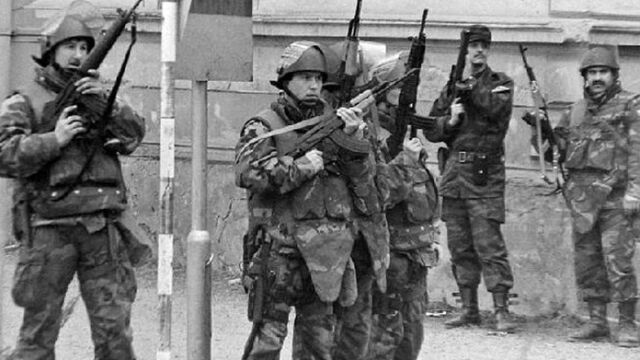 The results of the war

Half 1991 r. fighting broke out in a part of Croatia inhabited by a significant percentage of the Serb population. Within a year, a quarter of Croatian territory fell under Serb control. The Croats recaptured most of the occupied territories in the summer 1995 r., with the exception of the north-eastern part called eastern Slavonia. The Dayton Peace Agreement, signed under pressure from the US, brought peace and stability to Croatia, and guaranteed its peaceful surrender within two years to eastern Slavonia.

There is peace in Zagreb, and resorts on the Adriatic – led by Dubrovnik – they are as cute as they used to be, although there are still some inconveniences here and there. There are still refugees living in some hotels, not all museums have reopened, and a lot of valuable collections have not yet been recovered from the shelters. The authorities of beautiful national parks – Plitvice, Paklenica and Krk – they work almost miracles, to bring everything back to its pre-war state. It is still difficult to find complete comfort of rest, all the shortcomings are compensated by the unchanging beauty of nature.

It doesn't take long to look, to see the traces of war. Just go for the extensive, once occupied areas from Knin in the south to Karlovac in the north, where blown up or abandoned villages were left after the runaway inhabitants. Life goes on and only then, when you talk to people you can hear, how high a price some of them had to pay.

Killed relatives, relatives forced to leave their homes, lowering the standard of living. In a direct account, it looks completely different than in the reports of journalists.