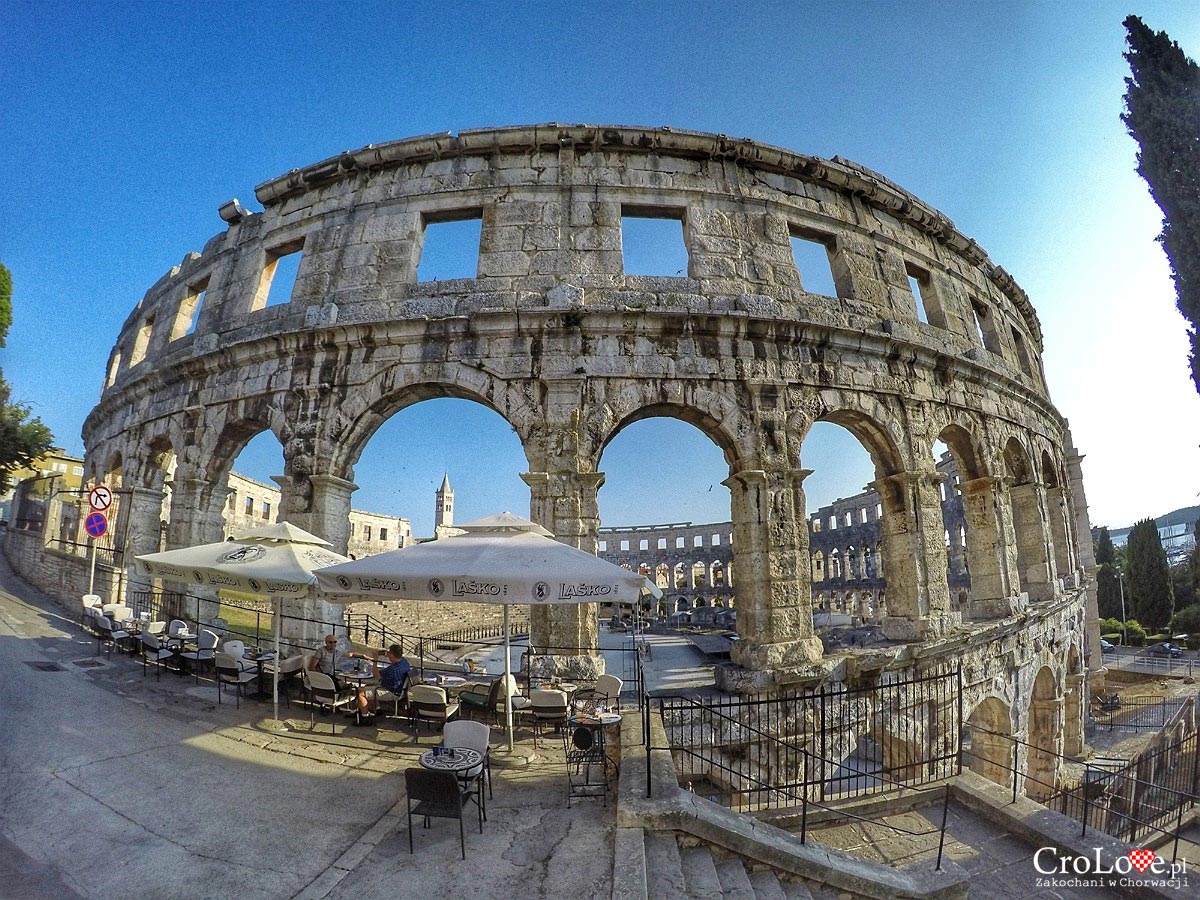 The oldest art monuments in Croatia – Illyrian products – date back to the 6th century. p.n.e. Soon after, the Adriatic Sea came under the influence of Greek culture, and then the Roman. Dalmatia and Pannonia were then Roman colonies. From this period comes, among others. built in the 1st century. neither. The Amphitheater in Pula or the Diocletian's Palace in Split, two centuries younger. After the fall of the Roman Empire, part of the lands of today's Croatia (Dalmatia) passed under the cultural protectorate of Byzantium. Influences of Byzantine art are visible, among others. in erected in the 6th century. Euphrasian basilica in Porec.

Characteristic of the early Middle Ages (VIII—X w.) there were small religious buildings, from the 9th century decorated with stone carvings. The most famous temple from this period is the round church of St.. Donatus in Zadar from the 11th century. Another early Christian religious building – church of st. Barbara from the 9th-10th centuries. – is in Trogir.

Completely different buildings, three-nave basilicas with apses, construction began in the second half of the 11th century., when the Romanesque style appeared in the Croatian lands. At that time,. the spectacular St.. Anastasia in Zadar, cathedral church of St.. Lawrence in Trogir or the Cathedral of the Blessed Virgin Mary in Rab. Romanian style (with Gothic elements) also presents the Franciscan Church in Dubrovnik. In the Romanesque period, great sculptors also worked on the Adriatic. From under their chisels came, among others. beautiful Radovanov portal - the impressive portal of the cathedral of St.. Lawrence in Trogir or the door of the Cathedral of St.. Dujama in Split.

W XIII w. the romanesque style gave way to the soaring gothic. Examples of buildings from this period include. two Zagreb churches - the cathedral church of the Assumption of the Blessed Virgin Mary, currently neo-gothic, and the church of St.. Brand, as well as the church of St.. Dominic in Trogir. Beautiful gothic buildings, inspired by the art of venice, they were built on the coast. Acted here, among others. Juraj Dalmatinac - an outstanding sculptor and architect, creating in the style of the so-called. floral gothic. His work is, among others. St.. James in Šibenik, one of the most remarkable examples of Croatian religious architecture. Gothic buildings were decorated with magnificent wall paintings, of which have survived, unfortunately, only a few. These include, among others. frescoes in the church of St.. Nicholas in Pazin, the monastery temple of Dragucia or the most famous one, stunning poor bible (m.in. with the famous Dance of Death theme) in Berama.

Monuments of the Renaissance period have survived, among others. in Dubrovnik, although many renaissance buildings were destroyed by the earthquake in 1667 r. These include the Small and Great Onofrio's Fountain, Savior Church and Gothic-Renaissance palaces: Rectors and Sponza. In Dubrovnik, Renaissance writers and poets wrote – Marin Drźić, author m.in. comedy Uncle Maroje and Skąpiec, oraz Ivan Gundulić, which in the poem Osman praised the Polish victory at the Battle of Khotyn. At that time, the poet Marko Marulić lived in Split, author of the first known work in Croatian, of the poem Judith.

Together with the Jesuits in Croatian lands, mainly in the north, baroque appeared. There are numerous monuments in Varażdin, called the most baroque Croatian city. Among the churches it is worth mentioning the post-Jesuit church of St.. Catherine in Zagreb, church of st. Blaise, Cathedral of the Assumption of the Blessed Virgin Mary and the post-Jesuit church of St.. Ignatius in Dubrovnik.

W XIXw. the classicist style became widespread. To the most outstanding painters and sculptors, forming the so-called. Croatian Salon, they included, among others. V. Karas, M. Medovic, B. Ćikoś-Session, M.C. Crnić and V. Bukovac (painting) and and. Rendić, R. Valdec i R. Fringes (sculpture). Historical painting became popular in the second half of the century (Quiquerez, Maśić, Ivekovic). The idea of ​​Ilirism was dominant in literature at that time, that is, the national revival of the South Slavs – in this spirit they created, among others. Ivan Mazuranić (m.in. the poem Death of Smail-aga Czengic) and August Senoa, author of historical novels translated into Polish, The Goldsmith's Daughter or The Peasants' Rebellion. At the turn of the 19th and 20th centuries. works by Antun G.. Matośa, an outstanding poet and novelist.

Representatives of 20th-century Croatian art include. painter and sculptor I.. Mestrovic, architect V. Kovacic, painters V. Becic, J. Raćić or M. Kraljevic. In the interwar period, expressionism and cubism gained popularity (V. Gecan, WITH. Sulentić, M. Tartaglia). The works of Miroslav Krlez bear the hallmarks of the modernist avant-garde, author, among others. novels On the Edge of Reason, The return of Filip Latinowicz, the dramas of Baroness Lenbach and Led (a large part of his work has been translated into Polish).

After the war, creativity “in the socialist style” was obligatory”, but already in the early years 50. abstract art gained popularity, and in the next decade – the so-called. new avant-garde. Among the works from this period translated into Polish are, among others. the novel Cyclops and the short story Carnival by Ranko Marinkovic. In years 60. Vesna Parun, an outstanding Croatian poet, was recognized – in Poland, her books Invitation to Silence and Sea Rose were published.

Croatian art is just as diverse today, like everywhere in the world. Some examples of works by contemporary artists can be seen during visits to Croatian tourist destinations. One of the most interesting places is the sculpture park in Vrsar, in which the works of the Montaker sculpture school are exhibited. Another example is the Glagolitic Avenue between Roć and Hum in Istria.